Resolutions in the Age of Idiocy 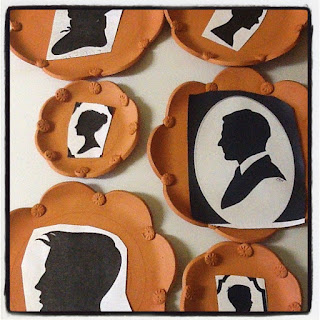 I've made a firm decision. I am going to substitute music for the news each morning. I can no longer listen to a bloviating idiot's comments being parsed and studied, as though they are intelligent or reasonable. Argh, the analysis. How can you analyze idiocy? And, he has taken over almost all news outlets. What ignorant, nonsensical drivel did he spout today? Discuss. Well, I'm out. And, then there is the pathological lying. And, the contempt for the citizens that he supposedly represents. Nowhere is that contempt more strongly felt than in news briefings by Ms. Sanders. Her behavior is unprofessional and appalling. That means I'm going to skim over all newsfeed posts about him on facebook, or related to him, as well. Done. Tada.

During the past year, I noticed that I was filled with fear. When you have a boss, or a leader who is in way over his/her head, you start to pick up the slack. This has happened at various jobs that I've had. You take on the leader's responsibilities. You start to just elimate the leader from the loop. Although I've done this in several workplaces, with incompetent bosses, I am hard pressed to do this for our president. Because I cannot take over running the country, I feel this terrible and overwhelming fear. I want to dial up N. Korea and smooth things over. I want to rejoin the Paris Climate Agreement. I want to end the horrendous racist immigration and travel policies. But, alas, I have no ability to do these things. So, as a hand-wringing worrier, I begin to imagine the worst. And, because I have no control, I become angry and depressed. I fret endlessly about my social security and medicare benefits. I think bad thoughts about Paul Ryan and Mitch McConnell. I don't want this kind of hostile mind chatter.

Well, those days are done. I will figure out ways to "resist" the idiocy. But, I will not be immersed in fear. It is affecting my personal relationships and my art work. Removing the constant political muttering in my head, and supplanting it with positive influences will help. That doesn't mean that I'm going to become complacent. But, I will focus on the things that I can change or influence locally. I will help my community. I will definitely need to pace myself for the next three years.

So, with this in mind, here are my New Year's Resolutions for 2018:

1.  Remove the president from my daily life. His childish attention seeking behaviors will be ignored.

3.  Sketch more. Put the sketchbook back into my purse. And, use it.

4.  Pursue that which is "honest, true, chaste, benevolent, and virtuous".

5.  Be a better sister, aunt, daughter, and animal wrangler.